Computer controlled cameras can identify, track, and categorize objects in their field of view

Video Content Analysis (VCA) is the capability of automatically analyzing video to detect and determine temporal events not based on a single image. As such, it can be seen as the automated equivalent of the biological visual cortex

A system using VCA can recognize changes in the environment and even identify and compare objects in the database using size, speed, and sometimes colour. The camera’s actions can be programmed based on what it is "seeing". For example; an alarm can be issued if an object has moved in a certain area, or if a painting is missing from a wall, or if a smoke or fire is detected, or if running people are detected, or if fallen people are detected and if someone has spray painted the lens, as well as video loss, lens cover, defocuss and other so called camera tampering events

VCA analytics can also be used to detect unusual patterns in an environment. The system can be set to detect anomalies in a crowd, for instance a person moving in the opposite direction in airports where passengers are only supposed to walk in one direction out of a plane or in a subway where people are not supposed to exit through the entrances

VCA can track people on a map by calculating their position from the images. It is then possible to link many cameras and track a person through an entire building or area. This can allow a person to be followed without having to analyze many hours of film. Currently the cameras have difficulty identifying individuals from video alone, but if connected to a key-card system, identities can be established and displayed as a tag over their heads on the video

There is also a significant difference in where the VCA technology is placed, either the data is being processed within the cameras (on the edge) or by a centralized server. Both technologies have their pros and cons

Facial recognition system Is a computer application for automatically identifying or verifying a person from a digital image or a video frame from a video source. One of the ways to do this is by comparing selected facial features from the image and a facial database

The combination of CCTV and facial recognition has been tried as a form of mass surveillance, but has been ineffective because of the low discriminating power of facial recognition technology and the very high number of false positives generated. This type of system has been proposed to compare faces at airports and seaports with those of suspected terrorists or other undesirable entrants 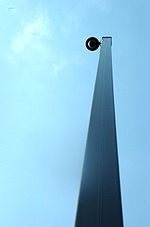 Computerized monitoring of CCTV images is under development, so that a human CCTV operator does not have to endlessly look at all the screens, allowing an operator to observe many more CCTV cameras.[citation needed] These systems do not observe people directly. Instead, they track their behavior by looking for particular types of body-movement behavior, or particular types of clothing or baggage

To many, the development of CCTV in public areas, linked to computer databases of people's pictures and identity, presents a serious breach of civil liberties. Conservative critics fear the possibility that one would no longer have anonymity in public places.[65] Demonstrations or assemblies in public places could be affected as the state would be able to collate lists of those leading them, taking part, or even just talking with protesters in the street